What do you do when all the traditional systems of hope and support have let you down? What happens when the appointed caretakers of the truth are revealed to be the biggest frauds? You can be oppressed by the existential weight of such a collapse, or you can shrug your shoulders, remember that it’s the same old shit on a different day and power through...maybe while also enjoying a cheeseburger and a cheap beer.

For the longest time country-rock has been relegated to being almost exclusively music for the good times. It’s great for a Friday night (and there’s nothing wrong with that), but it doesn’t want to tell you anything about life anymore. Play some good music and don’t get too deep, please.

From the cover of the album (J.R. alone sitting in a pew in an empty church), to the first song and to the last, this is a collection of songs about something. There are open wounds, fractured relationships, a spiritual crisis, speaking truth to power, and finding a restless levity in letting it all go and exploring the mundane that comes with hitting your middle years. The best songwriters find a way to express the universal through their own personal experience and J.R. does this.

Tying the empty church imagery of the album cover to the songs inside, he’s pissed off about religion because of the hurt he’s seen and experienced and the sense of abandonment that can create when there isn’t anywhere else left to turn. “Free will is such a drag, you can lay it all down tonight.” is a favorite lyric of mine from Chief Bald Eagle & The Kool-Aid Man. It gets to the heart of what some people will do and say to have control over the sincere desires of others to connect with a higher power. On other songs like Proof he even questions the validity of believing in a higher power when no one really knows what’s out there. And what does that even matter when you aren’t even sure who you are as a person? How can you believe in God when you’re still trying to believe in yourself? Yet underneath those questions lies a gritty and powerful resolve. There’s still an uplifting determination to believe in something. As he sings on the same song, “I don’t know for sure, I don’t know for sure the truth. Gonna find out how, gonna find out now the proof”.

Now about that restless levity. The album is also balanced out with J.R.’s sense of humor. The heavier songs land well because he gives them room to breathe when they are placed up against a lighter song like Don’t Drink That Much, an ode to overindulging in alcohol in your mid 30’s. Hangovers just hit differently when they don’t go away so easily anymore and you need to spend time with your family the next day. The opening track, Cheeseburgers is another one that wrestles with the hilarity of middle age, understanding that you don’t know as much as you thought you did about the world, it’s your loved ones that truly matter the most in this life, and who cares if your jeans fit tighter than they used to?

The last song on the album might be the funniest and most relatable to anyone that’s been a music obsessive all of their lives. True to form on Last Request, J.R. wryly spells out his wishes about what his burial rites should be. “So when I’m gone save the dirt. Just bury me in vinyl. I got enough to fill the hole when everything is final.” If the ancient Egyptians were right to bury their dead with everything that could be needed in whatever eternity comes next, then what better way to go into that distant realm than with the soundtrack of your life? (I do suspect though that a few of us that know him might try to pinch one or two (or three) of those records before the after funeral potluck).

One more specific song to mention here is Chameleon. This one above all of the others demonstrates J.R.’s growth as a songwriter. If it isn’t obvious I will spell it out plainly. It is my favorite song on the album. The lyrics profoundly deal with all of those aching inner doubts that we have to keep hidden while still having to put on a brave face to deal with a world that wants so much from us without ever actually wanting to get too personal about much of anything. It is a beautifully haunting song that resonates long after the last notes enter your ears. Musically the arrangement of the instruments is quietly complex in a way that adds depth to the song but makes plenty of space for his voice and his lyrics to take all of your attention. This is all augmented by some gorgeous backing vocals from Caitlin Cary who really shines when supporting J.R.’s gruff baritone. It is both the diamond and the coal together. An image I can’t help but think says a lot about what J.R. is trying to accomplish on this song and this album as a whole.

This is an excellently produced record. Those telecaster guitar tones chime and twang like God intended them to. The drums and bass have a real thickness and snap to them and there is a welcome soulfulness that all of the musicians involved have brought to the proceedings. Everyone gives it their all and you can tell that there was a joy in bringing this all together even when the subject matter is more serious.

I hope this isn’t the last we hear of J.R. Rund in recorded form. It’s hard balancing the rigors of daily life as a family man and also being a songwriter. He’s got a lot to say though and we’d all be very lucky to ponder more of life’s mysteries with him. Until then, may we all find a welcome satisfaction in the simplicity of cheeseburgers and mowing the lawn.

From Where I'm Sittin' review
​by Justin Snavely 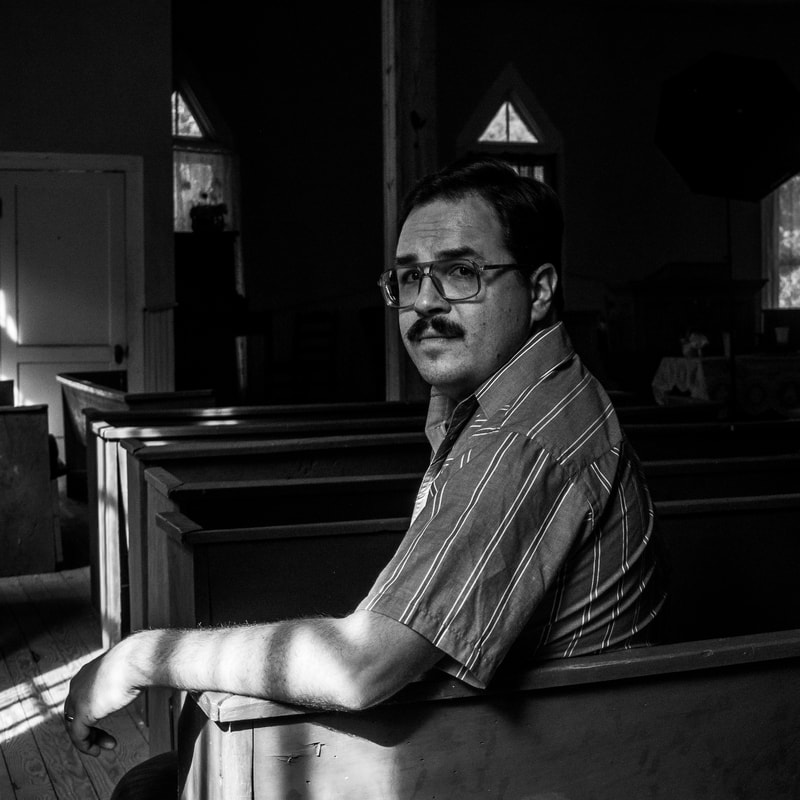